It’s a great time to be a fan of DC Comics, with plenty of DC films set to be released. Here is the comprehensive list of all upcoming DC movies and shows 2021/2022. Let’s go!

But what are upcoming DCEU movies and shows to get released? We’ve got the films and series, the release dates, and all of the information you need. 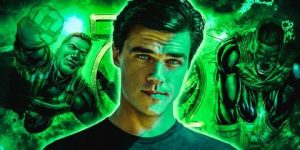 While HBO Max aimed for Green Lantern to be one of the upcoming DC series 2021, it may arrive in 2022 due to the pandemic.

As Berlanti’s first take on Green Lantern in 2011 didn’t go too well, HBO Max is giving the Arrowverse mastermind another opportunity to explore the Emerald Knight. Berlanti is executive producing a Green Lantern show that he promised to be “our biggest DC show ever made” upon announcement.

Seth Grahame-Smith was brought on board as showrunner/executive producer for the series, which got a ten-episode order. Green Lantern will span several decades and feature Sinestro as one of the confirmed characters. Besides the iconic DC villain, Green Lantern is introducing Alan Scott, Guy Garner, Jessica Cruz, Simon Baz, and Kilowog. 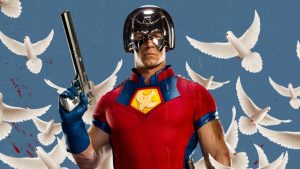 James Gunn will write and partially direct a series starring John Cena as Peacemaker, which he first portrayed in Gunn’s The Suicide Squad movie. Gunn also confirmed that other characters from the film will appear on the show, including Steve Agee’s John Economos and Jennifer Holland’s Emilia Harcourt.

THE BATMAN is an edgy, action-packed thriller that depicts Batman in his early years, struggling to balance rage with righteousness as he investigates a disturbing mystery that has terrorized Gotham. Robert Pattinson delivers a raw, intense portrayal of Batman as a disillusioned, desperate vigilante awakened by the realization that the anger consuming him makes him no better than the ruthless serial killer he’s hunting.

While ‘DC League of Super-Pets’ may not attract as many eyes at face value as Batman and Spider-Man, the confirmed voice cast of Dwayne Johnson and Kevin Hart is bound to bring the fans.

The film is set for release in 2022 and will document a story of crime-fighting pets as Superman goes on holiday. While the superhero is away from the action, his dog teams up with a flying cat to stop crime and save the city. 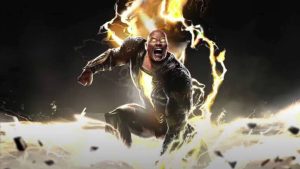 Dwayne Johnson has been trying to get a Black Adam film to happen for a long time, and 2022 will see it come to fruition with Jaume Collet-Serra as director.

Black Adam is an upcoming superhero film, based on the DC Comics anti-hero of the same name. The film will serve as a spin-off to Shazam! and the eleventh installment in the DC Extended Universe. 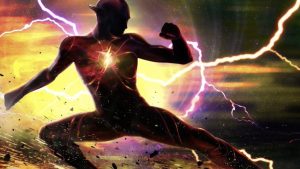 After being struck by lightning, Barry Allen wakes up from his coma to discover he’s been given the power of super speed, becoming the next Flash, fighting crime in Central City. … Coming out of coma nine months later, Barry and his new friends at S.T.A.R labs find that he now has the ability to move at superhuman speed.

Aquaman and the Lost Kingdom 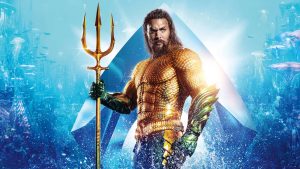 Warner Bros. has yet to confirm plot details, although Abdul-Matteen reprising his role is a major indicator. Still, we have some thoughts about where Aquaman 2 picks up after the very fun first film. In an interview with Total Film, Wan revealed that the story will be largely inspired by the 1960s cult horror film Planet of the Vampires. And he also hints at leaning into his horror DNA with the new film.

Director James Wan and star Jason Momoa shared the above behind-the-scenes look at Aquaman and the Lost Kingdom at DC FanDome. They gave some loose hints about the story too. Black Manta is still very much trying to exact vengeance upon Aquaman. Orm is back. Wan said the sequel is a more mature movie that will still retain the fun. He also noted it’s a globe-trotting movie with fantasy and magic. We can’t wait.

A character that was originally portrayed in Batman & Robin in 1997 is returning exclusively on HBO Max, directed by Adil El Arbi and Bilall Fallah, with Leslie Grace officially cast as Barbara Gordon.

Another exclusive to HBO Max alongside Batgirl. His powers come from an alien scarab that’s attached to his spine, but it remains to be seen if other superheroes will appear.

This has been in development for years now, but the right actress has finally been found in Sasha Calle, so things should move along nicely.

This is another that as been in the works for a long time, but things are starting to progress now and it should be released by the end of 2023 at the latest. Emerald Fennell is writing the script.

Static Shock was announced at DC FanDome in 2020, with Michael B. Jordan and Reginald Hudlin producing. The script is currently being written by Randy McKinnon.

So, that’s all for upcoming DC movies and shows. What is your thought of these titles? Which one is your most anticipated movie? Tell us in the comment section below!